A project to restore a historic building used for decades as a Toy Museum in Coventry city centre has taken another step forward after Historic Coventry Trust secured a major grant to help restore it.

The trust plans to fully restore Whitefriars’ Gate in Much Park Street and convert it into visitor accommodation and a small office unit. The grant of £100,000, awarded by The Architectural Heritage Fund (AHF), will allow the project to progress while the remaining funding is secured. The funding was provided as part of AHF’s Transforming Places through Heritage Programme.

The AHF is supporting ten to fifteen capital projects across England put forward by charities and social enterprises which restore and bring new uses to historic high street buildings in a three-and-a-half-year programme funded by £15 million from the Department for Digital, Culture, Media & Sport.

The Grade II* listed building was built in the late 14th Century as the postern gatehouse of the nearby Carmelite Friary, Whitefriars Monastery – the remains of which are now located on the eastern side of Coventry’s ring road.

The gatehouse is built of red sandstone, with bands of green sandstone for decoration on the front elevation.

At some time after the dissolution of the friary in 1538, there appears to have been a major phase of alteration to the gatehouse, when it was adapted to provide two separate cottages. Adjacent was the 16th-century Rose Inn which was extended in the 18th and 19th centuries.

Much Park Street suffered bomb damage during the Second World War, leaving the Whitefriars gatehouse and its later extensions standing isolated in this part of the street.

The building’s last resident was Ron Morgan, a potter and ex-city councillor, whose love of children’s toys led him to open the building as a museum from 1973 until 2007. The building is still affectionally known by many people in Coventry as the Toy Museum.

Part of the building suffered fire damage in 2008 and was subsequently repaired.

The slowly deteriorating building has remained vacant since then and is listed on Historic England’s 2020 Heritage At Risk Register.

Graham Tait, assistant director at Historic Coventry Trust, said work was now underway to secure the remainder of the funding and finalise planning permission to bring new life to this much-loved building. He said

“We are currently developing a detailed design to convert Whitefriars’ Gate into visitor accommodation as well as utilising the building extension – the remains of the adjacent Rose Tavern – for commercial use as offices or retail.

“This positive support from the Architectural Heritage Fund is a great boost for the project, and we are now looking for further funding for this innovative and creative project which will help in the regeneration of Coventry city centre and boost the local economy.”

“This project demonstrates the value heritage can have in regenerating our town centres and high streets – and the unique role charities and social enterprises play in finding new uses for historic buildings like Whitefriars.

“We are very happy to be supporting Historic Coventry Trust with this capital grant and as one of our Heritage Development Trust pilots, we see them as a force for good in the city for many years to come!’ 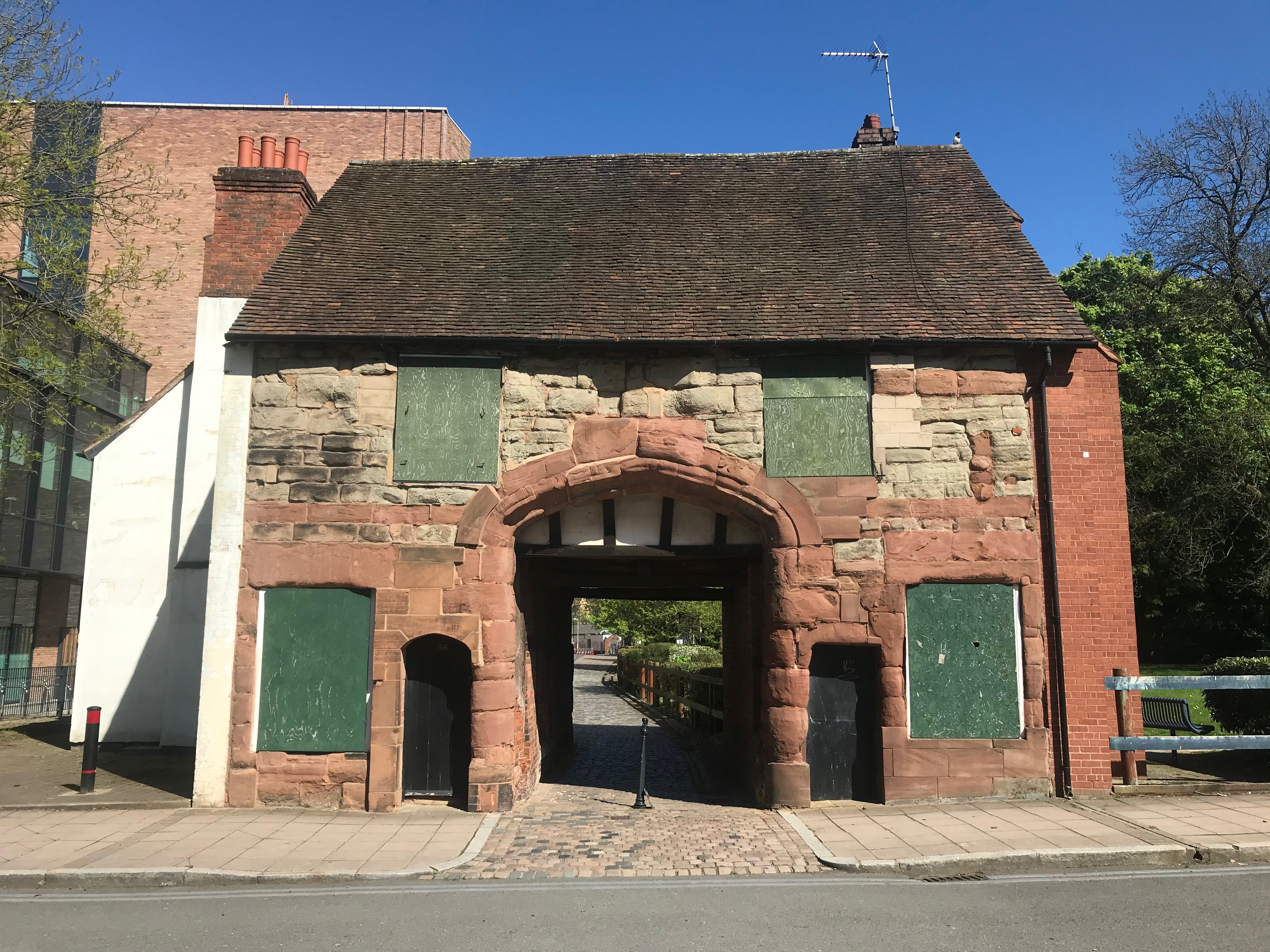